Stevie Mack was a student at Waterloo Road who appeared in Series 9 Episode 10.

He was bullied by Lisa Brown and Shaznay Montrose and possibly others due to his debilitating stammer. He got into a fight with Lenny Brown and ended up accidentally punching Deputy Head Simon Lowsley in the face. After Connor Mulgrew tells Stevie and his mum his personal experiences with his mother, Christine Mulgrew’s alcoholism Stevie opens up. He explains that he received a letter from his Dad saying that he was coming home. His Dad was heavily abusive towards his mother and Stevie blamed himself.

Stevie is last seen leaving with his mother. He’s not seen again. 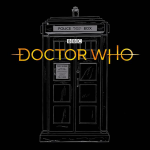