The Pupil Referral Unit (PRU), known informally by pupils as the "sin bin", is a special unit at Waterloo Road to help pupils with their poor academic performance in the mainstream or with their disruptive behaviour. It was proposed by then Headteacher Michael Byrne and was funded by Lorraine Donnegan. Nikki Boston returned to Waterloo Road to head up the new unit in Series 8 Episode 11.

The entrance to the unit had two passcoded doors to maintain security and ensure only authorised access. The unit was under threat of closure on multiple occasions by Lorraine Donnegan due to budget constraints and her questioning its success. Students are moved back to mainstream once they have proven themselves.

One major storyline was when Barry Barry holds Kacey Barry hostage and forces makeup on to her after she was doubting her gender until being found by Sian Diamond and Nikki Boston.

Although it is never formally mentioned, it is believed that the PRU officially closed when Nikki Boston left, Series 9 Episode 20.

Staff Beyond The PRU

It is believed that teaching staff would be timetabled to teach students in the PRU away from mainstream. 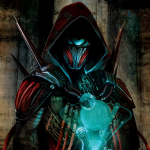